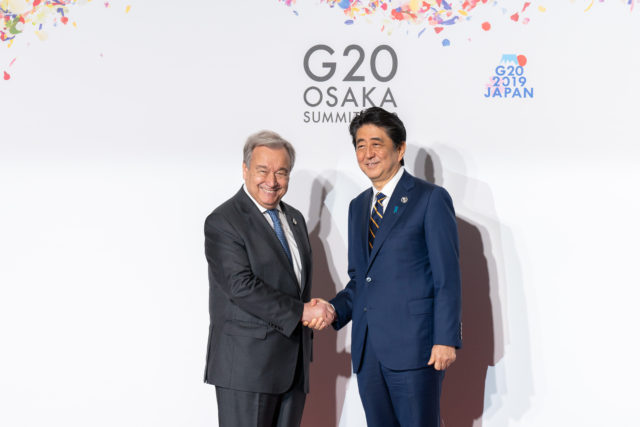 The Secretary-General congratulated Japan on its successful Presidency of the G20 and commended it for promoting global solutions to many challenges, including climate change, rapid technological change and African development.

On climate change, the Secretary-General stressed the importance of continued Japanese leadership and reiterated his call on G20 leaders to achieve carbon neutrality by 2050.

He thanked Japan for its strong commitment to achieving the Sustainable Development Goals.

The Secretary-General and Mr. Abe also discussed issues of mutual concern, including the situation on the Korean Peninsula.