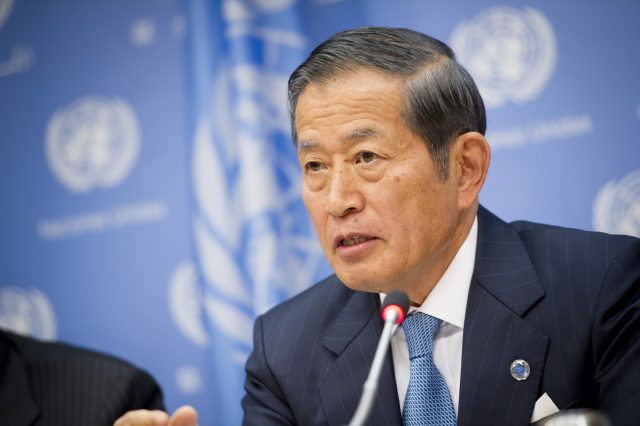 Mr. Takasu was formerly appointed as Special Adviser on Human Security in 2010, a role which he concurrently undertook during his tenure as Under-Secretary-General for Management (2012-2017).

He will lead the follow-up to the General Assembly resolution (A/RES/66/290) on human security.  He will work closely with Member States, in partnership with United Nations system of Organizations and other stakeholders to advance the human security approach in the Agenda 2030, the New York Declaration for Refugees and Migrants, the Sendai Framework for Disaster Risk Reduction, and the Sustaining Peace Agenda.

Mr. Takasu will lead the United Nations advocacy efforts on mainstreaming human security, advance the implementation of the Framework for Cooperation on the System-wide application of human security approach, advise the Secretary-General on the management of the United Nations Trust Fund on Human Security and future expansion of its donor base, and provide operational guidance to the Human Security Unit. The position is unsalaried.